Available in English Only

Investing in innovation and long-term value a....
Making it easier for entrepreneurs and small ....

It’s not every day you get to pick the brain of a master strategist and storyteller. RBC Ventures’ COO Cheesan Chew got the chance to do just that when Wattpad president Jeanne Lam agreed to be our latest guest at our speaker series, Ignite. In this candid conversation, the inspiring duo talk innovation, diversity, the limitations of data, and what it takes to take on Mickey Mouse.

First, a little about Jeanne. She’s led tech companies through strategic growth and transitions for over 17 years, and currently serves as president of the world’s leading storytelling platform with over 94 million readers and writers. She’s responsible for the company’s global strategy, as well as user and revenue growth. Jeanne is also a founding board member of the Coalition of Innovation Leaders Against Racism (CILAR). Prior to Wattpad, she led growth and user acquisition at Shapeways, the world’s largest 3D printing service, and also worked as the director of platform strategy at Yahoo.

You’re here for the unexpected insights and insider tips, so let’s dive right in with nine key takeaways from Jeanne and Cheesan’s chat. The following quotes are edited for length and clarity.

1. One of Jeanne’s favourite books on Wattpad was written by an old man
“One of my favourite books on Wattpad is A Life Wasted, and it’s written by an old man. He started writing it when he was behind bars, and he was doing it with letters through his daughter who started posting his memoir on Wattpad. It’s an incredible biography of his life, all the things he’s done wrong, and his humorous observations… and it’s one of those stories where I never would’ve picked it up in a bookstore.”

2. Jeanne initially only gave Wattpad and Canada two years
“I ended up at Wattpad because Canada’s number one export is nice people and I met a Canadian partner while living in the U.S. I’m actually an American refugee. I was born and raised in New York and met him in New York and he was like, ‘Let’s go try Canada out.’ I came up here a little bit kicking and screaming, but willing to try it out for two years.

When I got here, I was happy at my job at Shapeways, which recently IPO’d through a SPAC, so that’s an interesting experience. The same investors in Shapeways, which are Union Ventures, are also investors in Wattpad and they said, ‘You’re going to Canada? You gotta meet these people at Wattpad. They’re crazy. They’re great. They’re amazing.’

So I met with them and I was so enamoured with the people I met, just the team and the leadership, and I thought this feels different and special. I was like, ‘I’ll literally give it two years and then I’m out of here.’ Now I’m entering my seventh year at Wattpad and in Canada.”

3. Mission can be just as pioneering as product
“I built my career on really, really pioneering products and I thought that’s what drove me until I was at Wattpad. It wasn’t until about two years in that I really understood what we were doing. That’s when I realized it’s actually not necessarily about the product; it’s about the mission and truly the impact that your product can have on the world– and that’s been very fulfilling to me. I think I underestimated the difference between product innovation and business model innovation. That’s something I really learned more about at Wattpad.”

4. Data doesn’t capture everything
“When I get a chance to interview our users, I like to ask the questions: ‘When do you use Wattpad? Why do you use Wattpad?’ And I started to unravel the thread, which was they come for the stories, but stay for the community. I never would’ve had that insight had I looked at our data. None of our data tells me that, and I’m a data person.

I love data, but the data would never have told me that’s why our engagement numbers look great and our retention numbers are through the roof. So one thing I really learned was to do that first-party research, both internally and externally, to really understand the drivers of why someone uses your product, or doesn’t use your product, or uses a competitor’s product, or whatever it is.

5. If you’re going to take on Mickey Mouse, you need a vision
“Wattpad’s 15th anniversary is this year and it’s not a startup; it’s a storytelling technology and global entertainment company. Allen and Ivan, our co-founders, certainly didn’t start their journey plotting over a napkin in Vancouver airport – which is literally the story of how Wattpad started – wanting to take over the entertainment world. They were both electronics lovers and book lovers. They wanted to be able to read on a hand-held device, and this was before even the iPhone came out. They literally just started by putting up Moby Dick– the first Wattpad story ever published was Call Me Ishmael, because it was free content. So the genesis of Wattpad was really around the love of stories and storytelling.

That stayed through our entire growth and evolution as a company. However, this is the power of vision. It was about five years ago that Allen published his master plan and it wasn’t until then – you know, we were storytelling, we were fanfiction, were an app community and it was very clear to us that’s what we were, but we weren’t sure where we were headed towards besides growth – that he finished by saying, ‘look out, Mickey Mouse. We’re coming for you.’ It was in that master plan that he laid out the vision of us becoming an entertainment company. It was simple. It was just a couple pages long, but that was the power of the vision where we suddenly had something much bigger than ourselves to rally for.”

6. The secret to attracting writers is making them feel safe
“Attracting writers has to start with the most marginal writer feeling safe to put their stories on Wattpad. Because our community is a community of millions of writers that – while literally R.L. Stine has written on Wattpad – are writing for fun, or because they have a vision or a dream but they’re not there yet, or it’s their first time writing. We have a flag that was created in our earliest days where if a comment has a curse word in it, it gets a flag. That’s a very mom and dad thing to do, right? But if you imagine the psychology of that for the writer, where offensive comments are not appropriate and everyone sees that’s not appropriate, we’ve created an environment where the expectation is that you’re kind.

7. SEO brings the eyeballs
“If you have the eyeballs, people will come. So how do you make sure the eyeballs are coming? For us, we invested a lot in search engine optimization, not performance marketing. I tried performance marketing and I spent a couple thousand here and a couple thousand there and I was like why am I doing this when we have literally millions of pages of content that Google can crawl for us and serve as the input?”

8. Data needs context
“Data without qualitative context can be a red herring. For example, an app that monetizes through ads may use ‘retention metrics’ to determine if their ads frequency is impacting user retention. For example, ‘In this experiment we jacked up the frequency of the ads and user retention didn’t drop, so we’re just going to continue with that.’

That’s where data can become a red herring. Retention is a lagging indicator, and may not be impacted until one day you just get fed up and shut down the app and never come back. So, it’s important to understand the context of that data, to get more sophisticated about data by looking for more leading indicators. “

9. Growth hacking starts with one question
“The question I always ask myself is, ‘What can we be the best in the world at?’ It’s different when you’re a scaleup versus a startup, for sure, but it’s an understanding of how you can be truly different from anyone else.

I’ve always asked that question in large part because I like working in pioneering industries, but I know Wattpad can be the best in the world at leveraging its data to help drive the growth of stories and its community. I don’t think anyone else can really say that yet, and hopefully for a long time. While I have a whole presentation I could give on user growth, it really does start with the question of what can you be the best in the world at?

In the book Competing Against Luck, another way they ask that question is, ‘Why would someone use your product?’ You have to be able to answer that because then that drives all the decisions you make on how you grow.”

To read other RBC Ventures stories and insights, click here. 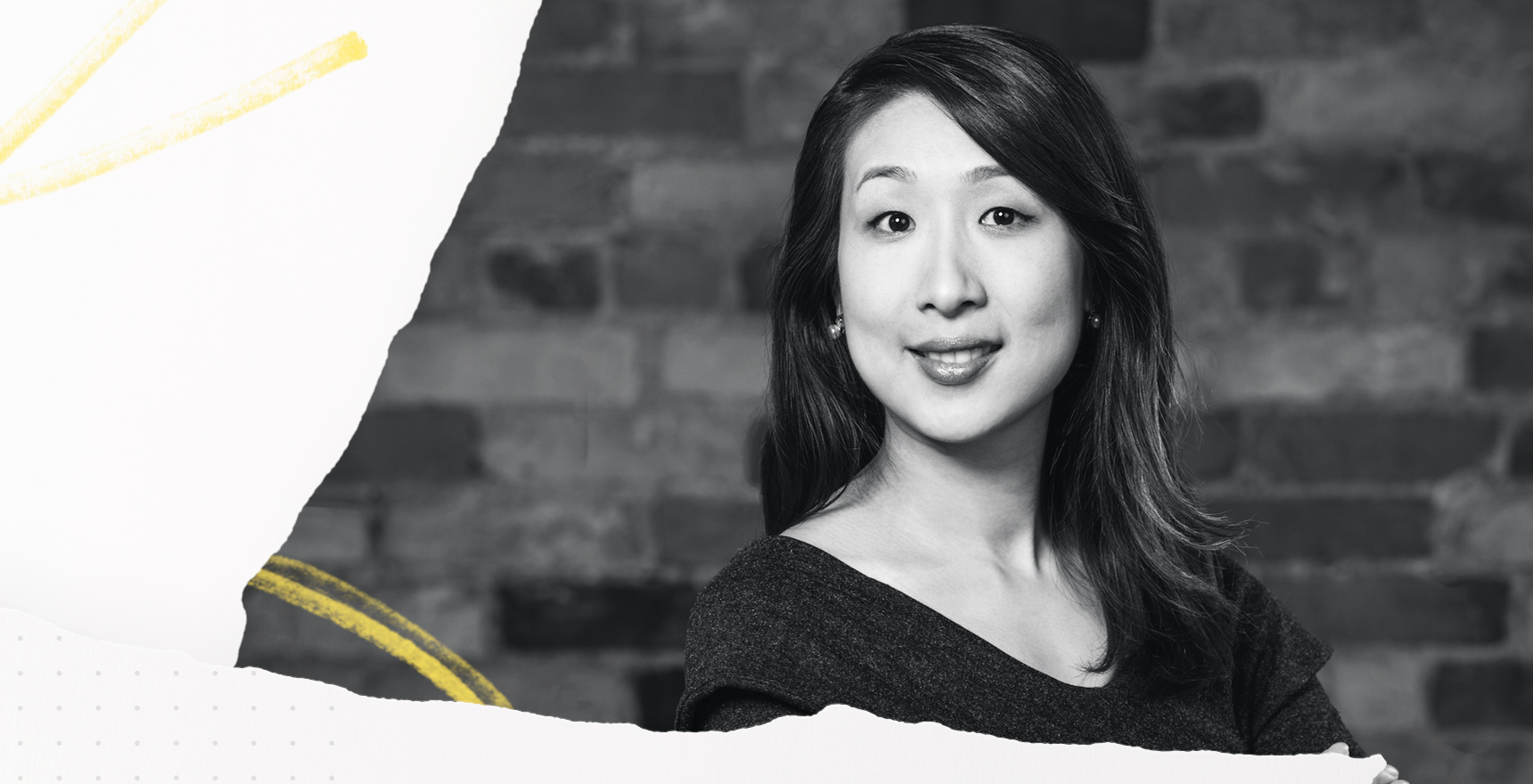